The great wealth transfer: What boomers and their families need to know

Initially published in BenefitsPro on 11/19/2020 by Kristen Beckman.

As the country’s largest generation moves more deeply into retirement, a massive generational transfer of wealth is on the horizon. Estimates about how much wealth will be transferred from baby boomers to younger generations over the next two to three decades vary widely, from around $30 trillion to as high as $70 trillion.

Generation X could be the primary beneficiary of that wealth transfer, gaining up to $48 trillion, according to a Cerulli Associates projection. However, many experts expect millennials to inherit a greater portion of the wealth yet to be transferred, as Generation X has already begun inheriting wealth from Silent Generation and older boomer parents.

“Millennials get a lot of attention regarding the Great Wealth Transfer, in part because they hold such a staggeringly low share of total global wealth (less than 5 percent through the first half of 2020 according to the Federal Reserve),” said Jay Jumper, president of ProNvest, a fintech platform that provides active management and portfolio optimization for 401(k)s and other retirement accounts. “Still, by age alone, Gen X stands to be the first generation to benefit from this influx of assets and is a cohort that shouldn’t be ignored by advisors in the coming years.”

Most of the transfer of wealth will likely eventually go to millennials, based on demographic scale and the longevity formula, said Angie O’Leary, head of wealth planning at RBC Wealth Management.

“The millennial generation matches the scale of the boomers at 73 million, and by the numbers, more of the wealth will flow to this generation,” said O’Leary. “Generation X will participate but will be older by the time they inherit and by the numbers are far fewer in population.”

An earlier-than-expected increase in wealth transfer

The unusual events of 2020 have caused some concern about how much wealth will be transferred, and when. Some industry observers have noted that boomers are a vulnerable demographic to the COVID-19 virus, and many have died unexpectedly this year as a result, causing an earlier-than-expected uptick in wealth transfer.

“Experts knew that the Great Wealth Transfer was coming, but it was expected to be a gradual transfer taking place over the course of a 40-year period,” said Nate Tsang, CEO of investment platform WallStreetZen. “With many seniors dying earlier than expected, their family members are now forced to cope with an unexpected inheritance years ahead of schedule.”

Concerns that wealth would be lost as a result of COVID-related market disruptions, however, seem not to have materialized.

“When the pandemic first came to light, clients became concerned about their portfolios and what the market’s immediate and longer-term reaction to the pandemic would look like,” said Mary Ellen Hancock, vice president and senior wealth strategist at PNC Wealth Management. “As we can see, the market has not only recovered from its lows at the beginning of the pandemic but has also hit new all-time highs.”

There is also a silver lining coming from the uncertain financial situation this year. Legislative pandemic relief measures and the current low interest rate environment have highlighted planning opportunities including Roth conversions, tax loss harvesting and the ability to repurpose required minimum distributions, not to mention potential tax changes that could come in with a new presidential administration, said O’Leary.

The uncertainties of 2020 have also highlighted the need for boomers to have a solid plan in place to protect their wealth so they can access it during their retirement and eventually pass some of it down.

“A certain level of shrewd estate planning is going to be necessary for some boomers to be able to pass anything on at all,” said Jumper. “As they age, things like long-term care will start to become serious considerations. If not properly planned, these expenses can eat up large sums of potential inheritance for their children. Long-term care insurance can be a great option in these circumstances, but with premiums climbing it’s something that is too often overlooked.”

Families should have honest conversations about the amount of wealth that could be transferred and the best ways to transfer it. In addition, O’Leary said boomers should have in place a will, power of attorney and health care directives, and should update their estate plan every three to five years and make sure all assets are properly titled.

“Without a plan, it is difficult to either mitigate or avoid any surprises which could lead to loss of wealth before, during and after the transfer,” said Hancock. “In addition to having a plan, it is equally important to understand and communicate family values. This could be anything from how the family accumulated their wealth to how the family has used their wealth.”

How employers can help the beneficiary generations

On the other end of the wealth transfer, inheritors should be prepared for what is coming and have a plan to make the best use of it to potentially bolster their own retirement position.

“Once this wealth is passed, it’s up to millennials and Gen X to find a way to make the most of it,” said Jumper. “With Gen X and millennials currently laboring under record levels of debt, large sums of money could end up being allocated simply to pull them out of the red, leaving less to be invested for the long term.”

For employers, this presents an opportunity to fulfill their fiduciary responsibilities and provide employees with access to financial advice and management.

“Employers need to double down on financial wellness education as a core part of their benefits offerings to encourage millennials to make the right decisions with their money, striking a balance between debt repayment and long-term investment,” said Jumper.

Kristen Beckman is a freelance writer based in Colorado. She previously was a writer and editor for ALM’s Retirement Advisor magazine and LifeHealthPro online channel. She also was a reporter for Business Insurance magazine covering workers compensation topics. Kristen graduated from the University of Missouri with a degree in journalism. 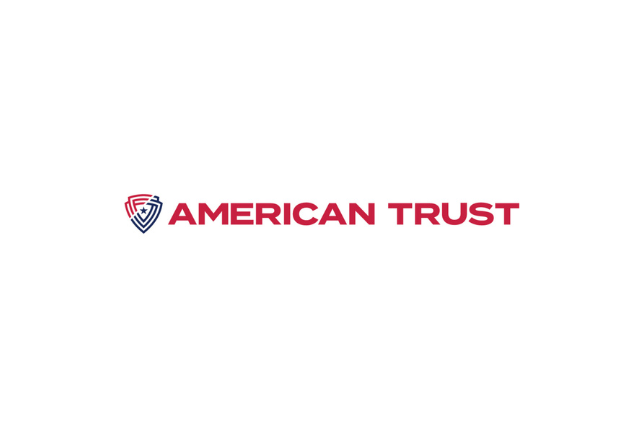 Why DIY Investing is Such a Risk

See How We Can Help You!

Get A Demo ➝

Future Capital is a trade name of ProNvest, Inc., a registered investment advisor with the Securities and ExchangeCommission (SEC). Website information is presented for informational and educational purposes only and does not intend to make an offer or solicitation for the sale or purchase of any specific securities, investments or investment strategies. Investments involve risk and unless otherwise stated, are not guaranteed. Information and opinions are as of the date indicated, and are subject to change without notice.  No part of this website may be reproduced in any manner, in whole or in part, without the prior written permission of ProNvest.  By reading this material, you acknowledge, understand and accept the foregoing. All third-party trademarks (including logos and icons) referenced by ProNvest, Inc. dba Future Capital remain the property of their respective owners, are intended to identify the corresponding third-party goods and services and to constitute nominative fair use under applicable trademark laws. Unless specifically identified as such, our use of third-party trademarks does not indicate any relationship, sponsorship, or endorsement between ProNvest, Inc. dba Future Capital and the owners of these trademarks.